100%
Home Flight Training Salary of a Pilot in Canada

Salary of a Pilot in Canada

A lot of new students, and even commercial pilots, wonder what pay they can anticipate once they land that first job that begins their careers. The reality is that the salary of a pilot can vary drastically depending on where someone is working, what aircraft they are flying, and what quality of life they desire. Let’s look into the typical pilot salary in Canada and then look at what airline pilot salaries look like.

The staff at Canadian Flight Trainers are all active and practicing commercial and airline pilots. When we teach, it comes from our experience and well-wishes to our students. We connect the book and theory to the real world so that students can learn faster, make better decisions, and save money. It is why we open the curtain to the behind the scenes looks at the typical pilot salary in Canada.

First Job – Starting Salary of a Pilot in Canada

The first job is always the hardest to come by in Canada as pilots have little to no real experience in a commercial setting once they complete their pilot training. Combine this with the usual minimum flight hours – around 200-250 – and the salary of a pilot won’t be much at all. Most graduates of flight school will being flying as flight instructors, aerial survey pilots, photography pilots, or even banner towing pilots.

Companies will usually take advantage of the low flight time and low experience by paying their pilots peanuts. For example, there was a company in Toronto that was hiring pilots to complete sightseeing flights at $15.50/flight hour. This was part-time flying when the weather was good. You see, no one can make a living on this at all.

Flight instructing allows pilots to share their passion for flying with students and it allows them to build their Pilot-in-Command time for later in their careers. The hourly pay will vary depending on the Class of flight instructor you are – Class 4 being the lowest at around $25-$30 an hour and Class 1 being the highest at around $50-$90/hour. Flight instructors only get paid when flying in the airplane or when spending time teaching their students.

Where Things Get Weird

You see, Canadian aviation is really weird in many different ways. Graduates from Seneca College, Sault College, Waterloo University, and many other post-secondary institutions can immediately start working at large airlines like Sunwing and Jazz. This really throws a wrench into the “first-job” part of this article because not everyone will have the same journey in aviation, and that is okay! It’s about the journey, not the end. If you want to fly big airplanes across the Ocean one day, I’m sure it’ll happen. What makes our lives interesting is the journey we take to get there, so focus on enjoying that.

Information on these airline salaries will be provided near the end of the article.

Pilots can be career flight instructors or career survey pilots. It happens to individuals who enjoy their jobs and don’t aspire to fly the big airplanes across the ocean or across Canada. Perhaps there is a family life or individual choices at play which make these choices more enticing and enjoyable. I hope you all respect those pilots who make these choices.

If a pilot moves on to air taxi or commuter operations in Canada they can expect to be flying larger aircraft, like a King Air, Pilatus PC-12, or a Metroliner aircraft.

This is where salaries get wild. Really.

Some Ontario Air Operators were paying $48,000/year to First Officers and $74,000/year to Captains who were flying Metroliners.

Pilot salaries in this area vary incredibly. When looking at these “middle level” jobs, pilots can’t simply consider a salary. Pilots must look at where they are living, the cost of living in that area, the schedule, availability to see family, and overall quality of life.

For example, a Vancouver based air operator was offering First Officers $77,000/year to fly commuter aircraft at 40 hours per week with weekends off. The time on this more complicated aircraft may be more valuable to employers later on in life, but the cost of living in Vancouver may make this a difficult job to hold.

This is a little misleading as the salary of a pilot who works at an airline may not work for the “big” companies in Canada. For example, a Captain flying in Thunder Bay may be required to have an airline pilot license to be qualified on their aircraft. For the purposes of this section, we’ll look at the stereotypical airline pilot.

As of December 2022, the chart below is the most accurate representation of a salary of a pilot depending on the airline they are working for. To determine the pilot salary per month, simply divide the annual salary by 12. The Air Canada Pilot Salary is also available on our website.

The staff at Canadian Flight Trainers are all experienced pilots who work in the industry in many capacities. Most of our flight instructors who teach our private pilot license and commercial pilot license ground school are airline pilots who know what the students need to know to be safe and successful. We don’t sugar coat the world and we teach you what you need to know. It is our speciality.

Salary of a Pilot in Canada

A lot of new students, and even commercial pilots, wonder what pay they can anticipate once they land that first job that begins their careers. The...

The night rating is the most commonly added rating to a Private Pilot License in Canada, and for good reason. During night operations, pilots will...

This is an Editorial Comment written by Halldale Group Editor Rick Adams. The article references American regulations which are not applicable to Canada; however, the... 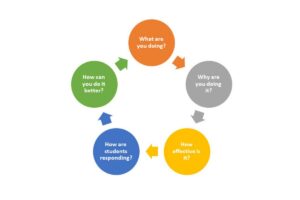 We get a lot of emails inquiries from students asking when they should start their online ground school for their flight training. Realistically, it is...

Aviation Medical Validity Periods This is a rather unusual post that is being made in our blog section, but it is fairly important. We are...